Have You Got The Bottle? 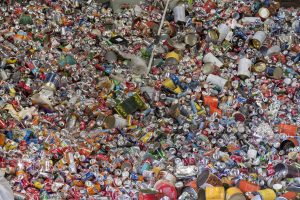 Have You Got The Bottle? is a campaign led by the Association for the Protection of  Rural Scotland. We set the campaign up in 2015 to urge Scottish Ministers to introduce a comprehensive deposit return system for drinks containers – one that includes all plastic, glass and metal drinks containers.

We began this campaign because, like our members, we were concerned about the amount of litter in Scotland’s towns and countryside. Having seen the evidence from forty places around the world that already have deposit return systems, we could see the huge benefits this would bring to Scotland. Indeed, independent experts at Eunomia estimate that more than 140,000 plastic and glass bottles and drinks cans are littered unnecessarily every day in Scotland.

We have built a campaign coalition of more than one hundred organisations including retailers, universities, transport operators, community and sports groups, environmental NGOs, tourism operators, waste managers, and owners of bars, restaurants and tourism businesses. They support the introduction of a deposit return system because they recognise that it will help to reduce litter, support a circular economy in Scotland, boost the recycling sector and create jobs, reduce public sector costs and improve the environment for residents and visitors alike.

We were delighted when, in September 2017, the First Minister committed to introducing an ambitious, world-leading deposit return system. Since then, our coalition has continued to celebrate this decision, while calling for a system that includes as many drinks containers as possible, with all plastic drink containers, glass bottles and cans as a minimum.

Together with our coalition members, we’ve created a series of short video interviews that explain our individual perspectives on why deposit return will be such a great move for Scotland. You can view them, and other campaign updates either on the Have You Got The Bottle? website, Twitter stream, or Facebook page

APRS gratefully acknowledges the funding which the Esmée Fairbairn Foundation has provided towards this campaign.

Read more about it :
Have You Got The Bottle? website – find out the benefits and how it might work
The Scottish Deposit Return System: What should it cover?
English study finds that Deposit Return Systems could save councils £35 million a year
In depth deposit return system briefing – The Association for the Protection of Rural Scotland recently submitted this extensive briefing on deposit return systems to the Scottish Parliament