Welcome to the August 2022 edition 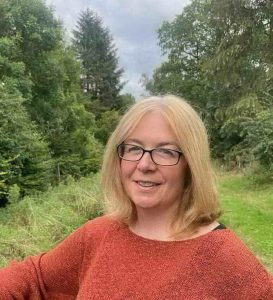 New Director
We are delighted to announce that Katherine Jones will be the new Director of APRS from January 2023. Kat has a degree and a PhD in Zoology and an MSc in Sustainable Development.  She worked for Scottish Natural Heritage for ten years, latterly as Strategy and Communications Manager, then for RSPB Scotland for seven years, where she led on all aspects of communications, people engagement and membership.  Most recently Kat developed, led and delivered the Stop Climate Chaos coalition programme for the 2021 COP26 summit. She lives with her family in rural East Dunbartonshire.

For the first time in our nearly 100-year history, APRS held a stall at the Royal Highland Show, in the Countryside Area alongside our friends RSPB Scotland, Scottish Wildlife Trust, Woodland Trust Scotland and others. Staff and volunteers engaged with over 500 visitors of all ages, sharing stories of our Deposit Return campaign – greeted with huge enthusiasm and excitement for its arrival; our Green Belts Alliance – many of our visitors frustrated at seeing their local Green Belt areas disappear; and our National Parks campaign – warmly received and much discussion over where they could be! We engaged with many teachers about our Countryside Protectors resources, partnership contacts were made and thousands more people became aware of APRS as an environmental charity. Huge thanks to everyone who helped make this happen.

APRS was delighted to be part of the Fife STEM Festival 2022, delivering workshops to 201 primary school children in five rural schools across Fife. The STEM Festival aims to celebrate all Science, Technology, Engineering and Maths (STEM) learning from the academic session, offering Fife learners and their families the opportunity to connect with real-life STEM-based challenges and experiences which help to raise STEM ambitions for the future. We took our interactive presentation about deposit return, an introduction to the circular economy and our wider work to the children, who also took part in our deposit return poster competition. See our Facebook page for our winners. 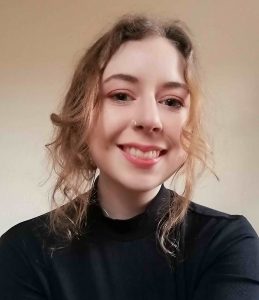 We are delighted to welcome Sarah Doherty as the new Manager of our Have You Got The Bottle? Campaign. Sarah has a degree in Environmental Science from Trinity College Dublin and is currently studying part-time for an MSc in Global Environment, Politics and Society at Edinburgh University.  She has extensive recent experience of environmental campaigning on climate, agriculture and trade issues, including with the Climate Justice Coalition in Ireland, and of working in partnership with community and grassroots organisations. Sarah started work this month with a mission to do all she can to ensure that Scotland’s Deposit Return Scheme starts as planned in one year’s time on 16 August 2023. 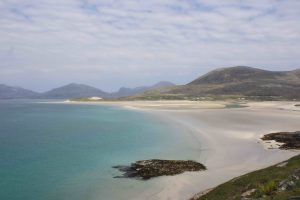 After many years of dogged campaigning by APRS and SCNP for more National Parks in Scotland the pace of progress is finally ramping up! Following the Bute House Agreement commitment to at least one new National Park by 2026, the Scottish Government has commissioned NatureScot to advise on the nomination process and evaluation criteria. APRS and SCNP commented on the initial consultation process in May and encouraged many others to contribute. We are represented on the new National Parks Strategic Advisory Group (NPSAG) and after two meetings are pleased by the level of support apparent for further Parks. Some of the NPSAG discussion papers are now on the NatureScot website. The next stage of consultation – an online public consultation and a series of meetings focused on relevant sectors (including coastal and marine) – will start in September. The nomination process for potential new Parks will happen next year. Groups that consider their local area might be worthy of the NP accolade should contact us for more information. 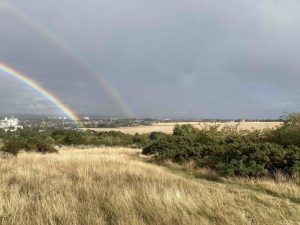 We continue to see a range of planning decisions following applications for development on designated Green Belts. Some decisions have thankfully upheld the protection of Green Belt, but others have given what we consider inappropriate development the go-ahead. Given the continuing uncertainty over the timing and content of the final version of National Planning Framework 4 (NPF4) we remain concerned about the housing land supply arguments being used by developers to try to get planning permission on unallocated land. Anyone interested in this issue might like to read a recent Planning Appeal Reporter’s Report which summarises how this policy area has developed following various legal challenges in recent years. We are planning a Webinar on Green Belts in early 2023 – hopefully tying in with when NPF4 is adopted.

National Planning Framework 4 update
Our latest understanding is that the final version of NPF4 should be laid before the Scottish Parliament in mid-autumn.  Then there needs to be at least six weeks for Parliamentary Committees to consider it, so the debate in the chamber of the full Parliament which will finally approve it seems unlikely before December. That means that the NPF4 will probably come into force some time in early 2023. For more information see the Transforming Planning website.

AGM May 2022
APRS was pleased to host a well-attended AGM, which took place online in May. Andy Dorin was elected for his first three-year term as a Trustee and Victoria Presly for a second three-year term. The Director reported that the finances of the Association were in good shape, and topical issues raised by members for discussion included rural housing, National and Regional Parks and countryside management in general, during and following the pandemic lockdowns. APRS President, Patricia Macdonald, then gave a fascinating illustrated presentation on rural landscape issues in Scotland, expanding on her article in the spring newsletter.

APRS is a charity which warmly welcomes new members. Without our members and donors our work would not be possible. We offer our members invitations to interesting site visits and keep them informed of our work through our two newsletters and two e-bulletins a year. If you are not already a member, please consider joining to give us a stronger voice for the Scottish countryside. You can join or give a donation on our Support APRS page – thank you.